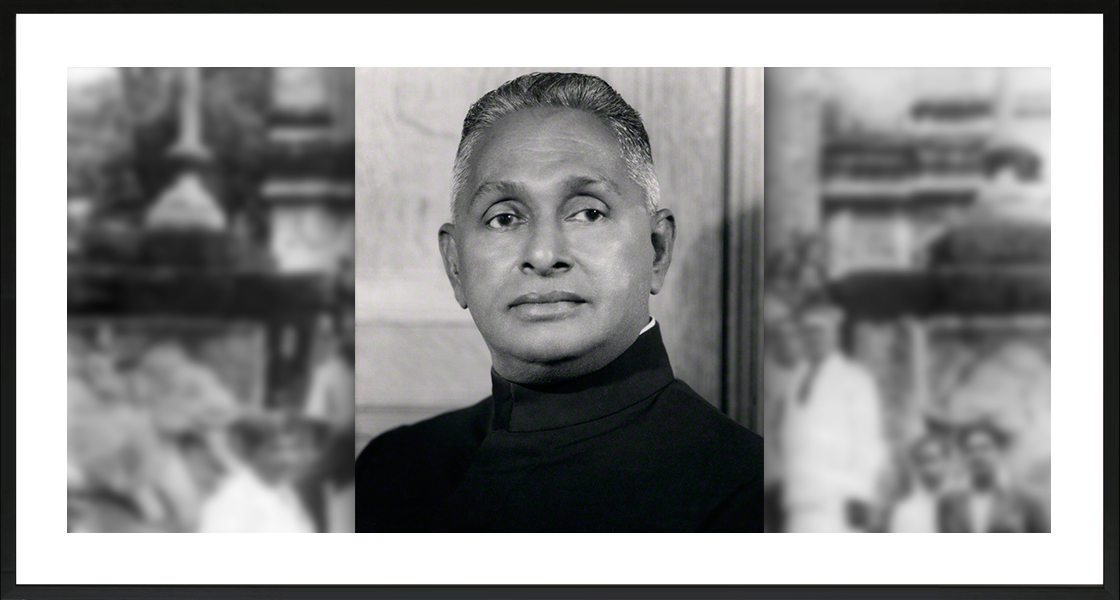 John Lionel Kotelawala was the 3rd Prime Minister of Ceylon from 1953 to 1956 and a notable politician who rendered his service to uphold the independence and development of the nation. He was initially acquainted with the family through the marriage of his aunt to F. R. Senanayake.

He enlisted to the military in 1922 and faithfully served his country for many years. A true patriot, upon his death, he bequeathed his home to establish a National Defence Academy. His vision came to pass when it was erected in 1980 and appropriately named in his honor.

He entered the first State Council in 1931 and continued to remain at the right hand of both D. S. and Dudley Senanayake throughout the years. He succeeded Dudley as Prime Minister in 1953 and remained in office till 1956, making fervent contributions towards the country’s foreign relations. He was honored with a knighthood by the British Government in 1965.